10 Must See Attractions in Taiwan

Taiwan may be a small island, but this unique place is filled with a plethora of amazing attractions and beautiful sites to experience. Here are 10 attractions that you must visit when in Taiwan. 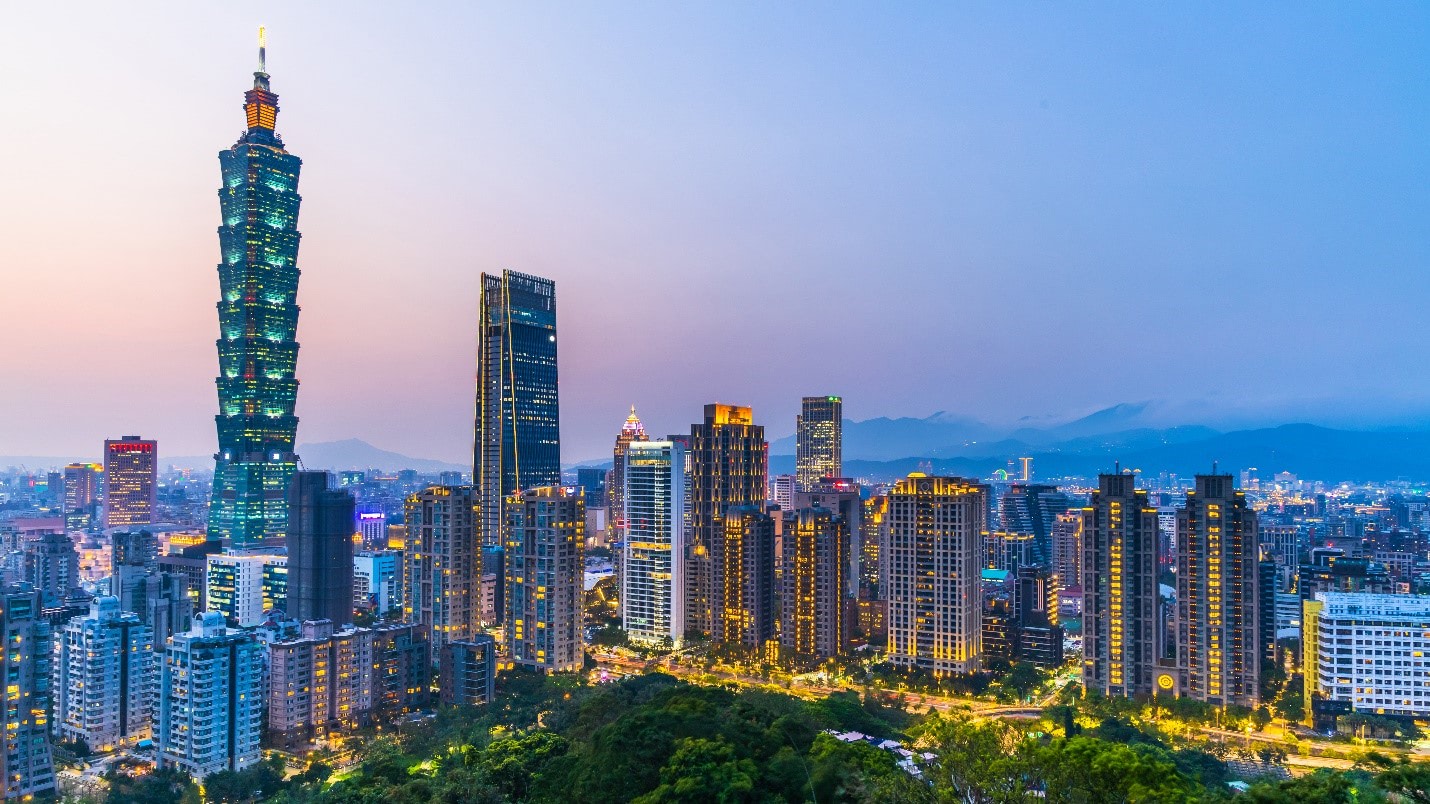 Deemed the world’s tallest building from 2004-2010, this beautiful skyscraper boasts 101 floors and an elevator that can transport passengers from the 5th to 89th floor in a matter of 37 seconds. Visitors can ride all the way up to the 89F Observatory and enjoy a breathtaking view of the city. After enjoying the view, they can make their way down to the Taipei 101 Mall, a premier shopping destination, featuring international luxury fashion brands and fine dining. 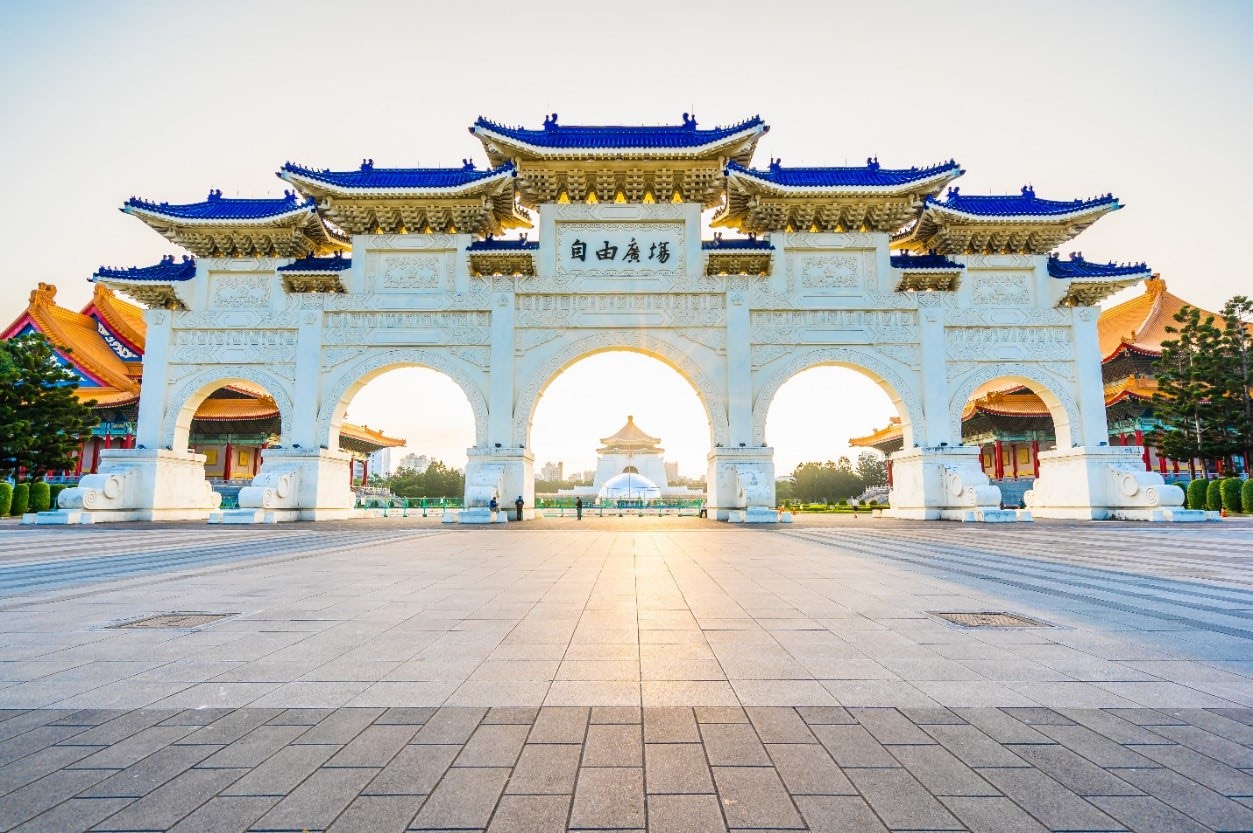 The National Chiang Kai-Shek Memorial Hall is a national monument and landmark, erected in memory of Chiang Kai-shek, former President of the Republic of China. The monument is flanked on the north and south by the National Theater and National Concert Hall, which have hosted many international art performances and famous musicians. Visitors can also watch the changing of the guard ceremony that occurs every day.

The National Palace Museum houses the world’s largest collection of priceless ancient Chinese imperial artifacts and art. The museum, designed in the style of a Northern Chinese palace, hosts over 600,000 objects and the collection encompasses 8,000 years of history of Chinese art from the Neolithic age to the modern. Visitors can enjoy and appreciate ritual bronzes, ceramics, jade, books, calligraphy, archival documents, and more. 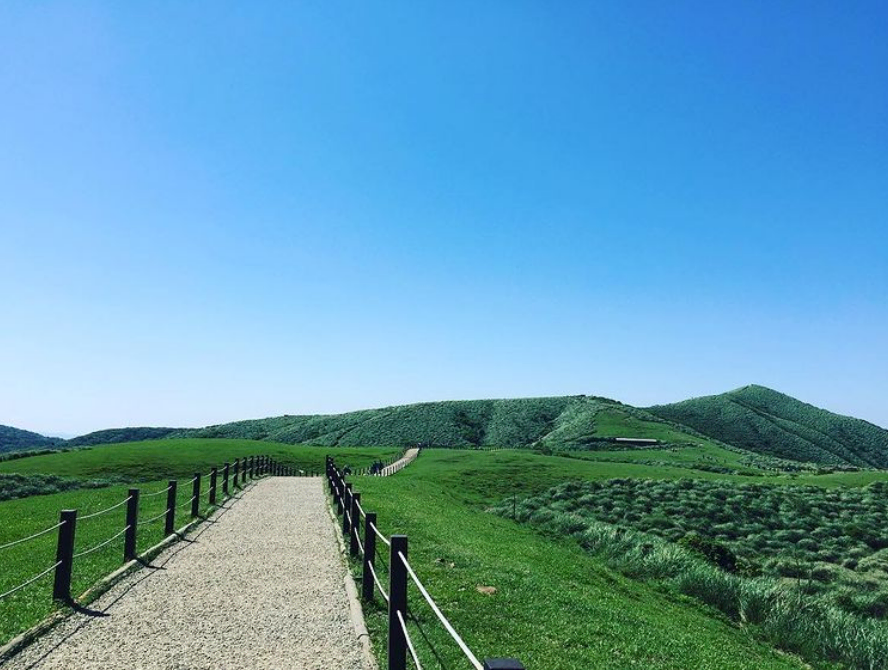 Yangmingshan National Park is one of nine national parks in Taiwan, and is known for its beautiful cherry blossoms, hot springs, hiking trails, and is the home of Taiwan’s tallest dormant volcano, Seven Star Mountain. The Park is characterized by a large clock formed with flowers with water running around the clock and music played every hour. In the spring, visitors can enjoy the parks famed cherry blossoms and when the time is right, even pick fresh calla lilies from the fields. 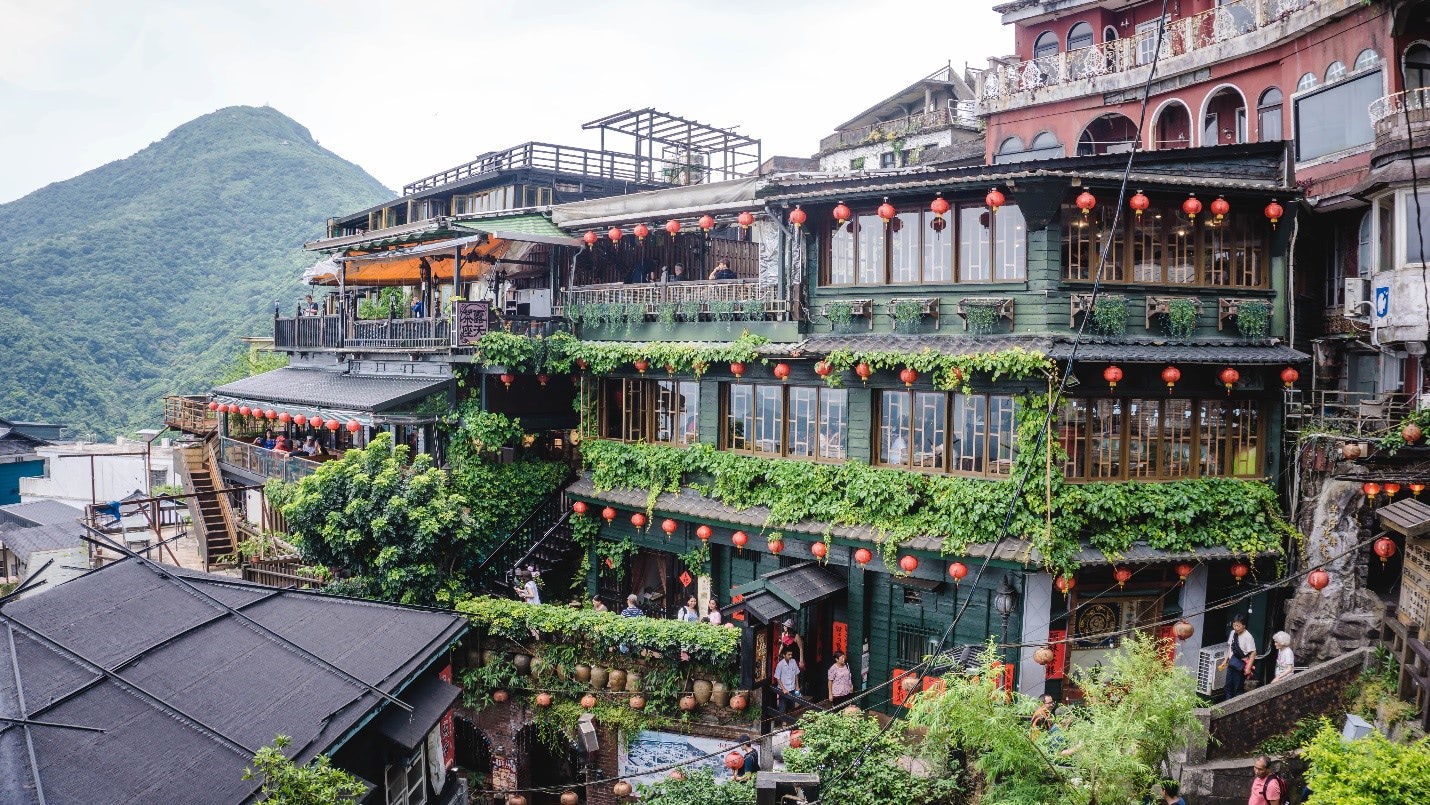 Often seen as the inspiration for Hayao Miyazaki’s Spirited Away, Jiufen is located not too far from Taipei City. During the Qing Dynasty, this small village housed only 9 families, and the village would request 9 portions every time shipments arrived, hence the name Jiufen. Later, Jiufen would become the center of gold mining, attracting many prospectors to settle in this small, isolated village. Visitors must walk through Jiufen Old Street, which winds through most of the village. On Old Street, they can shop and taste various local dishes and enjoy the nighttime scenery. 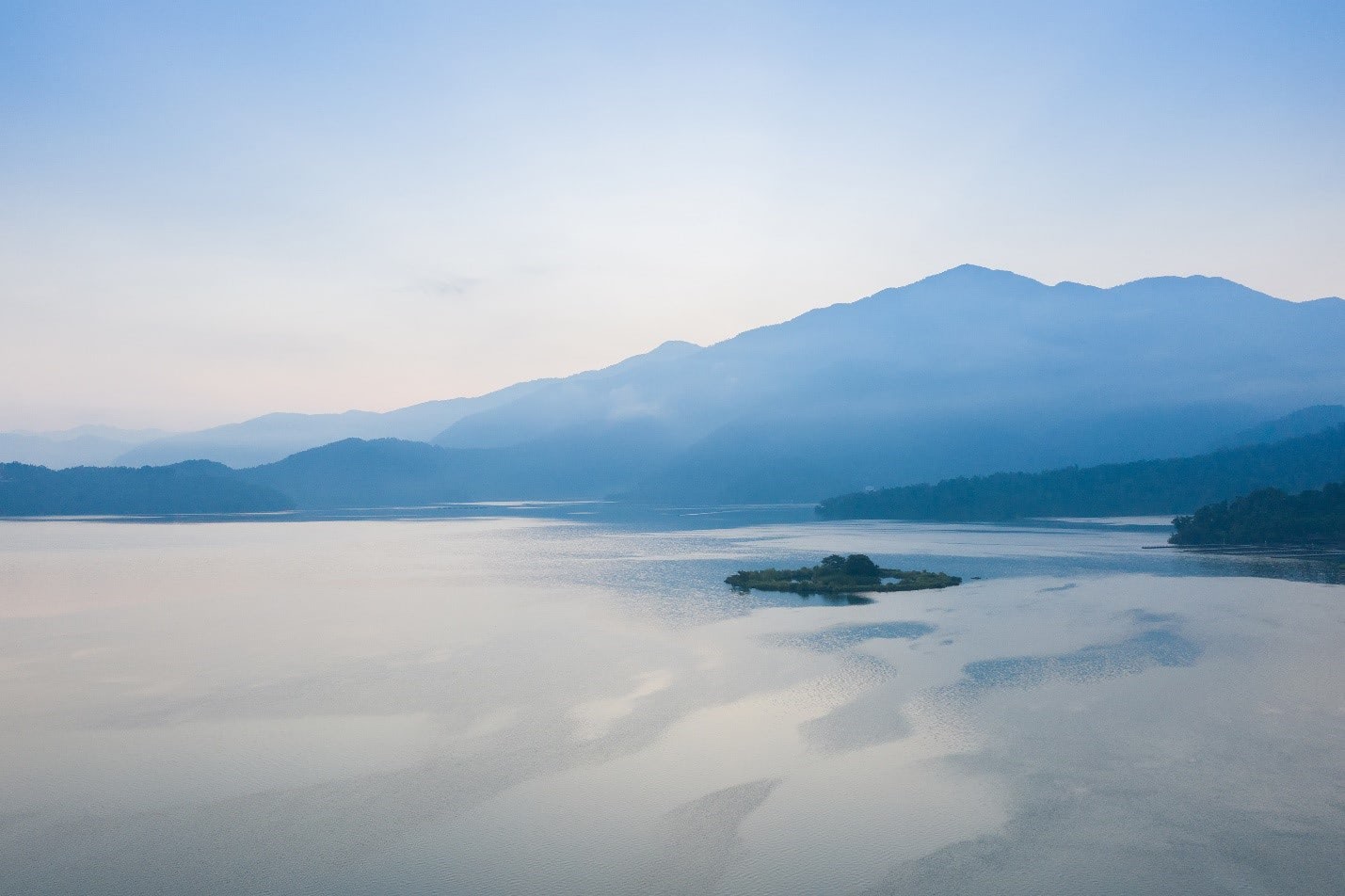 Sun Moon Lake is the largest body of water and only natural lake in Taiwan that surrounds Lalu Island. The area around the lake is home to one of the aboriginal tribes of Taiwan, the Thao tribe. The southern part of Lalu Island is shaped like a new moon, and the northern part like a sun, thus the name Sun Moon Lake. Some famous attractions include the Ita Thao, the Wenwu and Xuanzang Temple, Ci-en Pagoda, and experiencing local aboriginal culture. 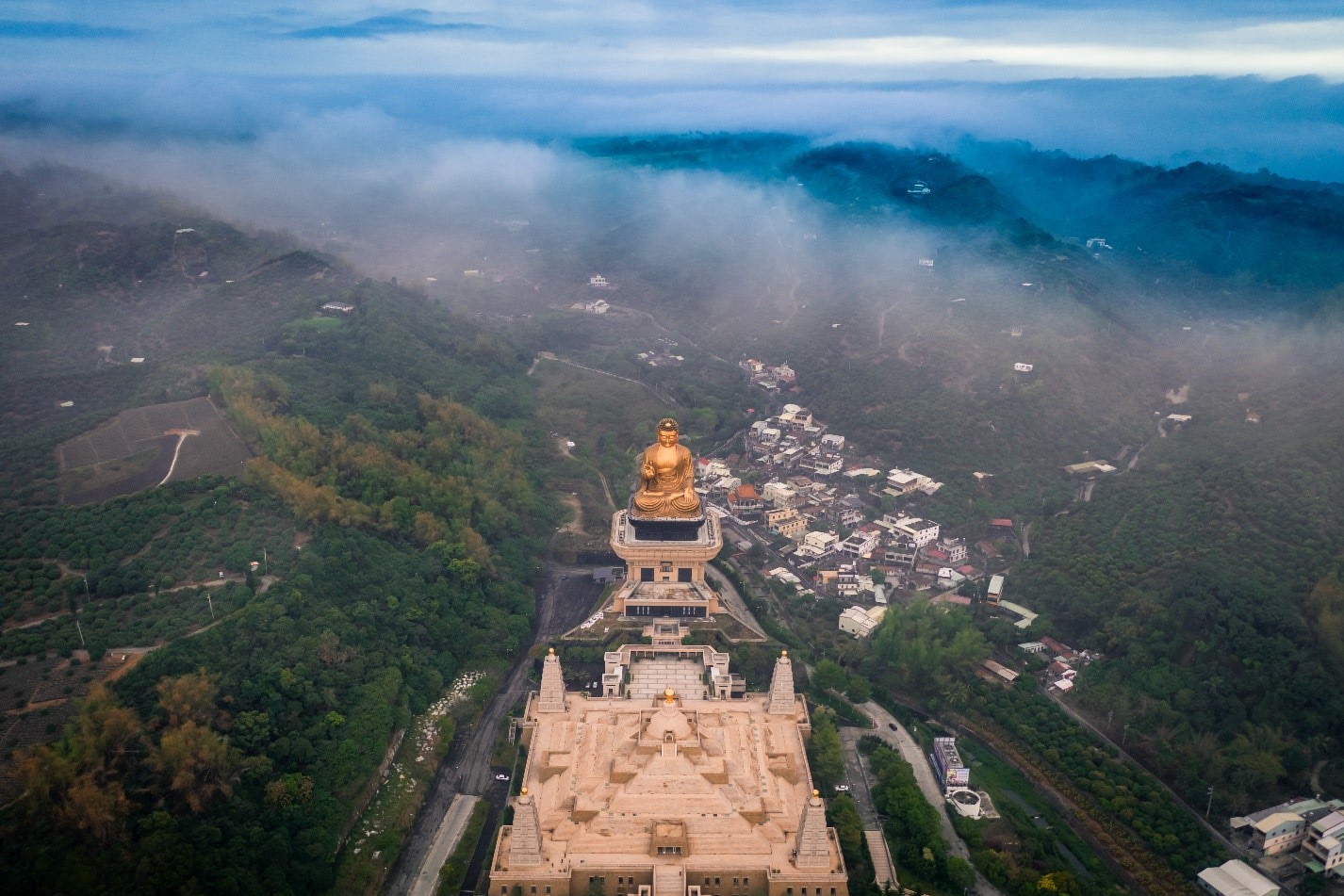 The Fo Guang Shan Buddha Museum is the largest Buddhist monastery and educational museum in Taiwan. Above the museum sits the world’s tallest bronze sitting Buddha statue, and in front of the statue is the Way to Buddhahood path flanked by Eight Pagodas on both sides. The museum houses what is said to be one of the tooth relics of Shakyamuni Buddha, the founder of the Buddhist faith. The art gallery inside displays an array of historical and cultural treasures, including poetry, calligraphy, religious instruments, and antiques. 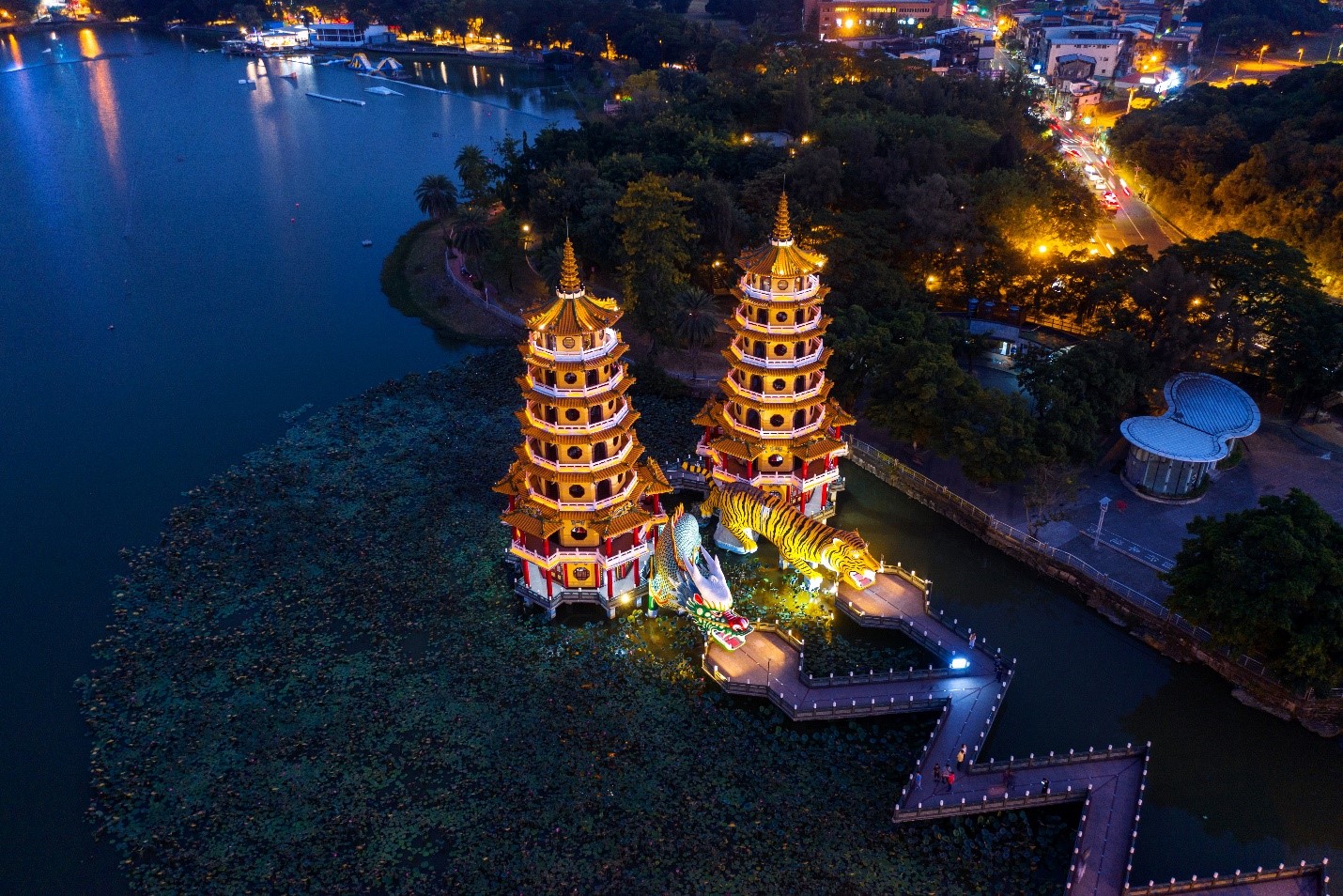 Built in 1976, the Dragon and Tiger Pagodas is a temple located on Lotus Lake, and is the representation of traditional Kaohsiung culture. The temple connects to the shore with a bridge, with the dragon’s throat as the entrance and the tiger’s mouth the exit. Entering the dragon’s throat and coming out of the tiger’s mouth is said to symbolize turning bad luck into good fortune. Inside the temple, there are paintings of the Jade Emperor’s thirty palaces, paintings of Confucius, as well as scenes of heaven and hell to inspire people to do good deeds.

Taroko National Park was named after the Taroko Gorge, the landmark gorge of the park carved by the Liwu River, and is famous for its spectacular mountains and marble canyons. The most famous waterfalls in the park include Baiyang Waterfall, Yindai Waterfall, Changchun Waterfall, and Lushui Waterfall. The Swallow Grotto and the Tunnel of Nine Turns are the most impressive natural scenes in Taroko. Visitors can appreciate the natural beauty of the park and enjoy the sounds of swallows chirping while hiking along the trail. 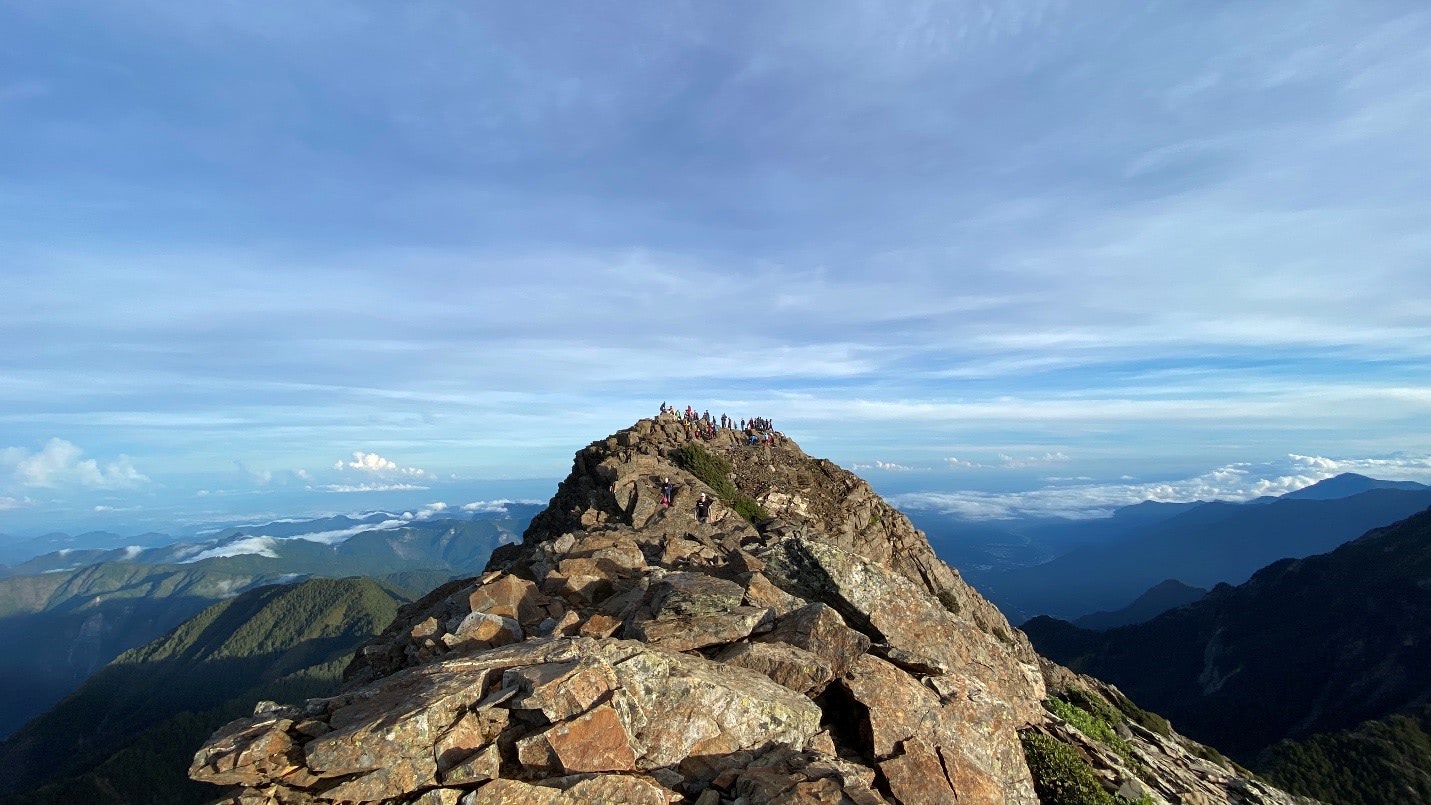 Yushan National Park was named after the summit Yushan (Jade Mountain), the highest peak of the park. The Park contains over thirty peaks more than 3,000 meters in elevation, encompasses a variety of habitats, and is home to a large variety of birds, mammals, reptiles, butterflies and more. Many people who visit Taiwan train specifically, and make it their goal to conquer the main peak of Yushan, as is it considered the tallest mountain in Taiwan.