The following article is an adaptation of a conversation held between the Taiwan Employment Gold Card Office and Cody Sayre, a Gold Card holder.

Hi Cody, it’s nice to meet you. Would you mind introducing yourself?

Hi, I’m Cody. I grew up in Los Angeles, California. Before moving to Taiwan, I had been working at a publicly traded company for five years. I wanted to take some time off, but I didn’t want to just be sitting in quarantine. I didn’t have anything really tying me down other than my job, and I was looking to get out of the whole corporate tech world. I started researching places to go, and I eventually decided I want to go somewhere that’s as different as possible. So, I came to Taiwan.

Why did you decide on Taiwan over other countries?

A lot of people have asked me, “Why don’t you live in Korea orJapan?” because they think it’s more “glamorous.” But I’ve heard from people and friends who’ve lived in those places that it’s not all roses. Even foreigners who learn the language and become fully acclimated still face prejudices and even harassment. You’re always seen as an outsider.

There’s also a subreddit called r/IWantOut for people who want to leave their country, and people offer advice and share their experiences. Most of the stories I heard about Taiwan aren’t romanticized in the same way that people glorify Japan and Korea. But in my day-to-day life, Taiwan has been the most relaxing place I’ve ever lived. Everybody is so welcoming, and even if you don’t speak the language, you can get by without many problems. Every country has their problems and their strengths, but I feel like Taiwan was like the best match for me.

It’s true that Taiwan is famous for how welcoming everyone is. I can remember seeing headlines about Taiwan being the “friendliest country in the world.” So how did you first hear about the Gold Card, and when did you move to Taiwan?

I remember I was researching visas and one day someone told me about the Gold Card. At that time, I just thought, “No way, that sounds way too perfect. I just have to make over this much salary, and then I can get a 3-year, no-restrictions visa?” So I applied for my Gold Card in late 2020 and moved here early 2021. Plus, I’m planning to apply for Permanent Residency once when I hit the 3-year mark.

That’s wonderful to hear. On top of the perk of becoming eligible for Permanent Residency after 3 years, are there any other Gold Card benefits that stand out to you?

Actually, one of the biggest things that attracted me to Taiwan is the fact that the Gold Card program has a salary qualification. A lot of people these days don’t follow the so-called “traditional career path.” But I think there’s still this stipulation that if you don’t have a Bachelor’s degree, nobody’s going to pay any attention to you. In LA, I was making more than many college graduates I knew, yet it was nearly impossible for me to get the same opportunities as them despite having more experience. So I’m grateful that Taiwan is one of the few countries that offers an immigration path that doesn’t require you to have a Bachelor’s degree. 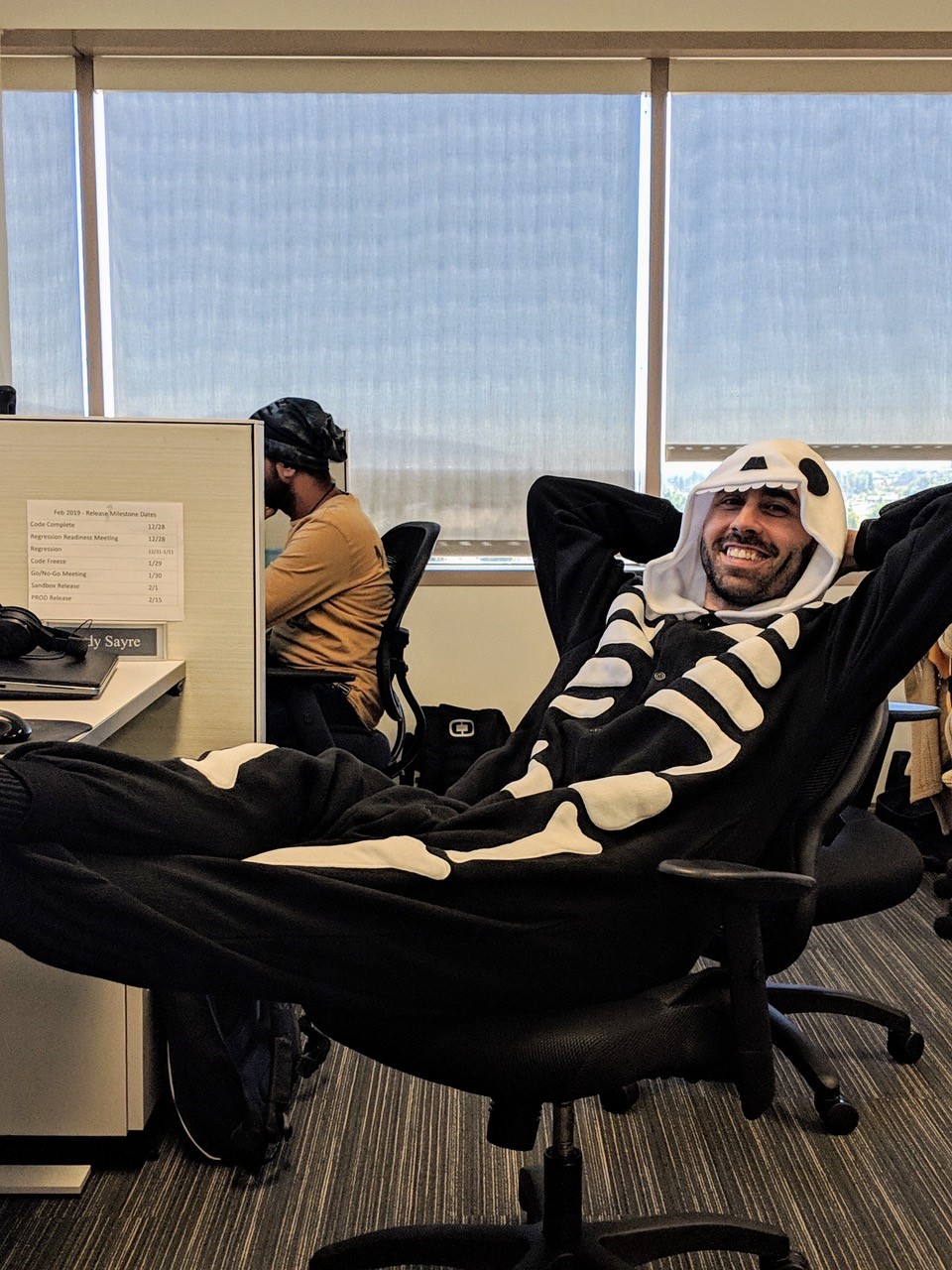 How did you break into the tech industry in the end?

I got a really great opportunity when the iPhone first came out. I was one of the first people who had an iPhone. I didn’t really think anything of it at the time, I just wanted to play with a new device. Then I got this support job, and they wanted to come out with an iPhone app. But at the time, no one really knew how to use it. So one day they just asked me, “Hey, can you like, try this out?” And I said “Sure.” I’m a detail-oriented person, so after using it I wrote out a document listing the problems with the app, my feedback, and my suggestions for general improvements. And they were impressed with what I delivered. I lucked out because I had a mentor there, Bill, who taught me a lot about leadership. He pushed me up through the company and kept pushing me out of my comfort zone into more challenging positions. He really helped me take off in tech, whereas I was just jumping between menial roles when I was younger.

Do you remember how you were first exposed to tech? What was so enticing about it to you?

My dad was in the tech industry, and he had a computer before most people had a computer, so he got me into it relatively early. When I was a little kid, he would show me cool video games where you shoot bad guys. I just naturally learned to love tech from wanting to play those video games. As time went on, I realized how much potential for growth there is and how flexible it is, so I slowly got narrowed down the path. The oldest one I remember playing is Wolfenstein, and then there were some old school side-scrolling ones that most people probably wouldn’t know, like Commander Keen. There used to be this thing called “shareware,” which companies would give you the first few levels for free on a floppy disk and then you’d have to mail in to buy it. 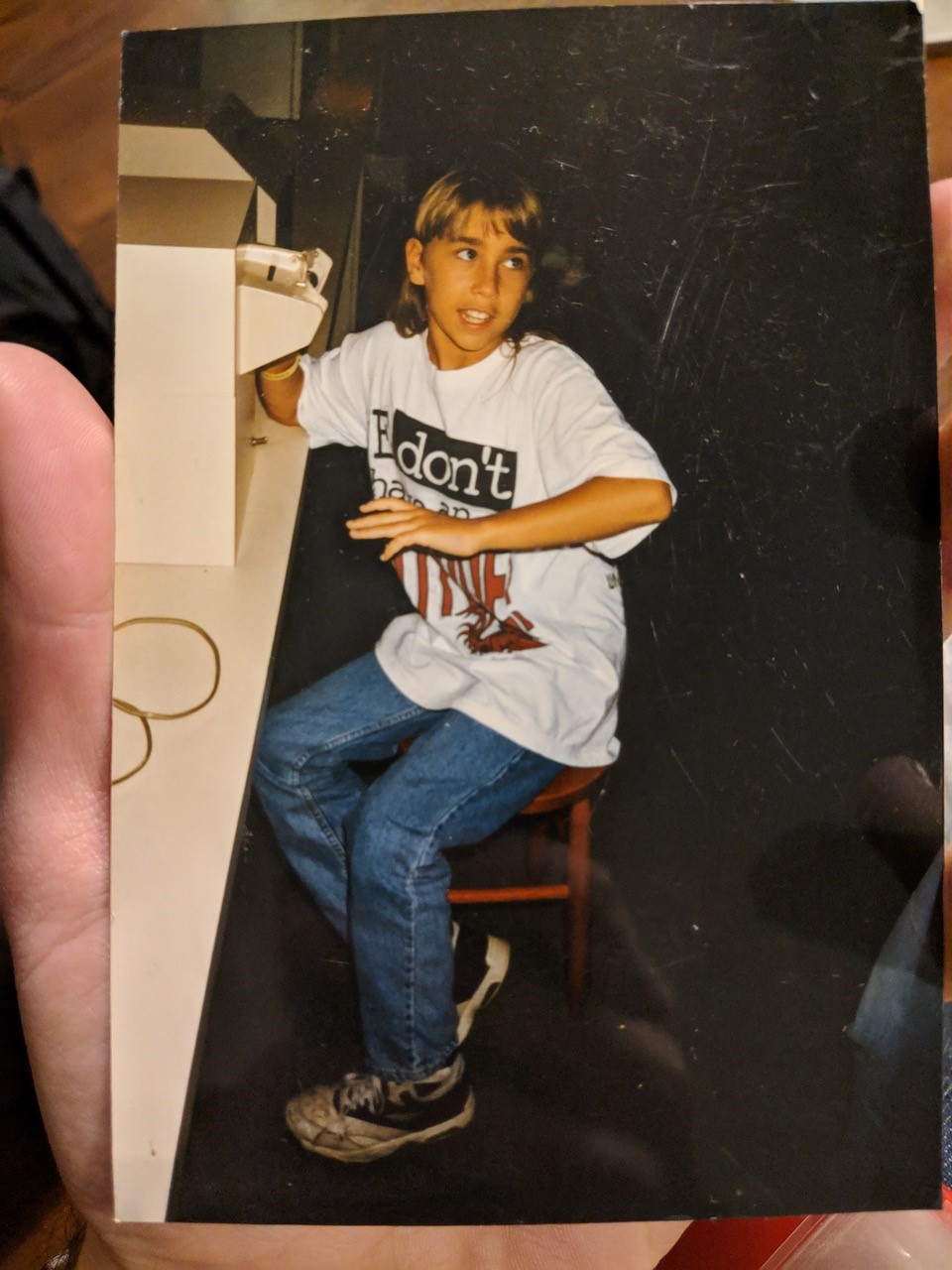 That’s a genius marketing strategy. What came after your initial infatuation with video games?

My dad is a hardware guy. We used to build computers when I was really young. Buying one was expensive, but if you built it out of the parts, you could get it cheaper. Then, in high school, I took a computer repair class. We had these terrible computers and tons of spare parts, and we would all try to build the best computer we could with what we had and then just play video games. Sometimes the teacher would “sabotage” the machines and we would repair it as quickly as we could so we could keep playing. But my first real opportunity came a few years after I got out of high school when the whole iPhone situation occurred.

It’s amazing that you were able to have so many hands-on learning experiences. Taking us back to the present, what would you say are some of the best parts about living in Taiwan so far?

A lot of the things that brought me to Taiwan are everyday things that make life more pleasant, like amazing public transportation, interesting culture, and quality healthcare. It’s comforting to know that my health care isn’t dependent on me working full time and for long set hours. Having a sense of flexibility and freedom is very important to me, and that’s also part of why I came to Taiwan.

Coming from Los Angeles to Taipei, everything is so much more affordable. In LA, I would have to fight hard to get a good deal on a semi-decent apartment. But for the same price, I can easily find so many extremely nice apartments here. Plus, back in LA, I spent all my time in traffic. Now I don’t have to worry about buying gas, car payments, car insurances, maintenance fees, etc. The ease of transportation here is a huge benefit for me. Even if I need to go somewhere on the opposite side of the city for me, I just hop on the MRT and read a book for maybe 30 minutes.

The food situation has been trickier. A lot of the more expensive or high end restaurants have English menus, but at the smaller places, it can be hit or miss. In general, especially working from home, I’ll often just get food delivery because then I can see a picture of what I’m going to get, and I can translate it. Also, in the US, good luck getting a meal delivered for less than $30. Here, you can get a nice meal delivered for less than $10.

Speaking of tricky things, what are some things that have been difficult for you?

I feel like the tech in Taiwan is definitely ahead in some ways, but then like many other things are oddly behind, including the banking systems. Banks here are kind of wacky; it’s not like in the US where you can do almost everything online. There’s no Venmo equivalent here and many things have to be done in-person, and it feels disjointed at times. But the hardest part has been my lackluster Chinese. When I came here, I was planning to take a year off to study Chinese, but then I ended up getting a job sooner than I expected.

How did you end up finding your current job?

The Gold Card Community has some really great online groups and forums, including a Slack channel. When I joined, I decided to get some feelers out, so I said something like, “Hey, I just moved from the US. I’m in tech, I have this much experience, I’m looking for this kind of salary. What can I expect here?”

Luckily, coincidentally, there happened to be somebody in the Gold Card community who has his own consultancy. He was looking for a contractor to do some consulting work that lined up with my skill set, and it seemed like an interesting and flexible opportunity, so I started working with him. I’ve actually worked with him for a year now, and it’s been an amazing opportunity. Working for a smaller business has allowed me to do more impactful work rather than just sitting around in meetings all day.

Well, it’s been a pleasure speaking with you today, Cody. Any final thoughts?

I’m grateful that the Gold Card visa exists, and last year they even passed a number of welcome improvements to the program. All my friends assumed I’d stay here briefly before wanting to return to the US — but I still have no such plans. Everyone here has made me feel so welcome, and I’m excited for the future of Taiwan, as well as my life here. Thanks for taking the time!