Public Transportation - Getting Around Taiwan

Since its official opening in 2007, the High-Speed Rail has become the fastest means of transportation in Taiwan, with stations located in 11 major cities, including Taipei, Taoyuan, Hsinchu, Taichung, Tainan and Kaohsiung. Reaching high speeds of 300 kilometers per hour, it only takes 95 minutes to travel between Taipei and Kaohsiung. Tourists can wake up early, take the HSR from Taipei and arrive in Kaohsiung before noon, then take the Kaohsiung MRT and ferry to Qijin Fishing Port to enjoy some fresh seafood. If there’s time, on the way back through Taichung take a stroll through the famous Feng Chia Night Market for some more tasty delicacies. After eating and drinking your fill, you are ready to head home with a full belly and great memories. 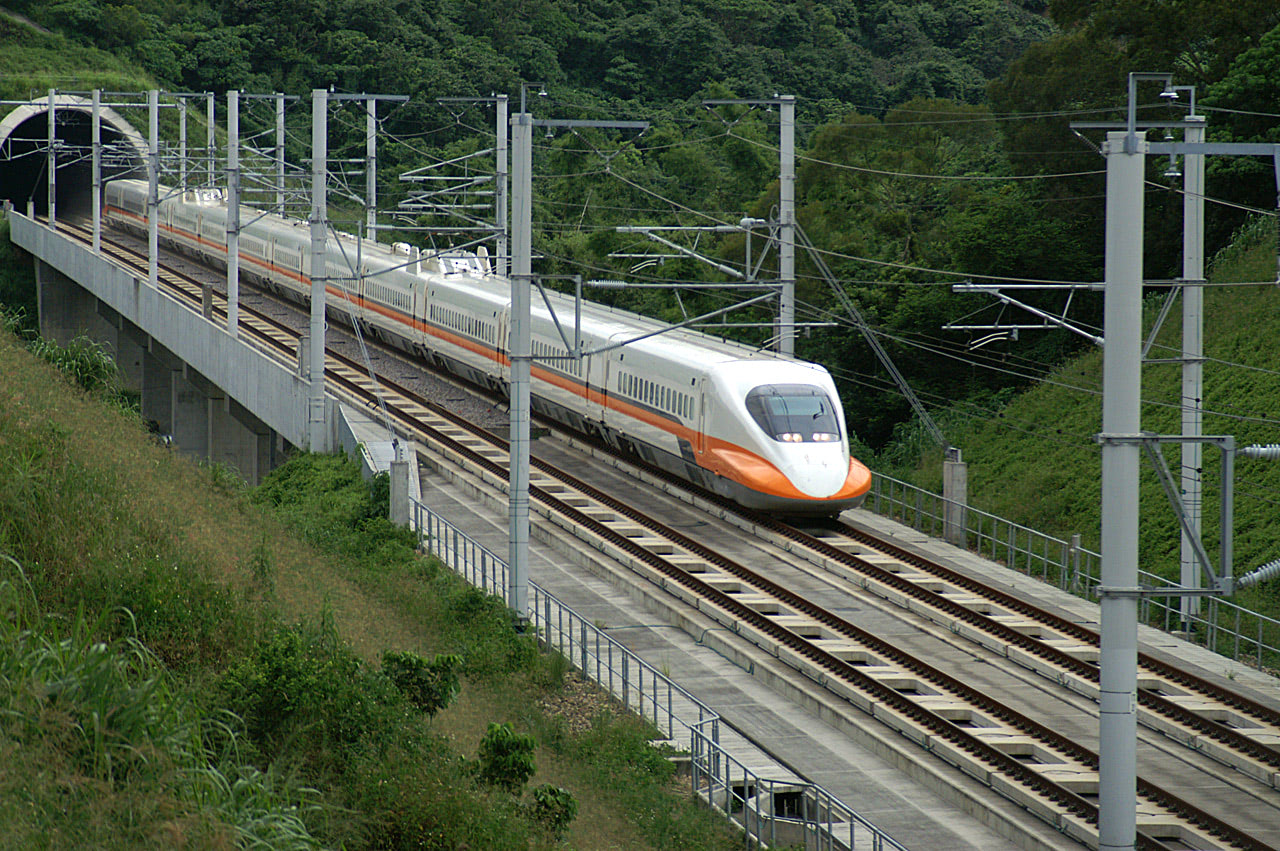 The long history of the Taiwan Railway is a common memory for many Taiwanese people. Though it may be slower than the HSR, the Taiwan Railway is an island-wide network that connects different cities and counties in the western and eastern regions of Taiwan. With 241 stations and relatively inexpensive fares, it remains one of the most convenient and popular forms of public transportation, especially during the holidays when many locals need to return home.

The Taiwan Railways’ train ride around the island is a very popular attraction. Tourists can witness the splendid views of Taiwan’s cities and admire the beautiful scenery of its countryside, all from the comfort of their well-designed and spacious train. The most charming part of the ride is the East Rift Valley (also known as the Huadong Valley). During the Spring, tourists are treated to a sea of wild flowers scattered across the mountainside; in the Autumn during harvest season, they can witness an abundance of wheat ears, glistening under the sun. Regardless of what season it is, the thriving and vibrant life of Taiwan’s countryside is apparent. For tourists who wish to travel on the Taiwan Railway during long holidays, especially the Eastern Route trains, please remember to book your tickets in advance as tickets sell out fast!

Taiwan’s Charter Bus System is also very well-developed, with prices cheaper than the Taiwan Railway. However, unlike the Taiwan Railway, aside from a few major metropolitan areas, most stops are located near highway interchanges, far from the city. Therefore, if you decide to take a charter bus, it is likely that you will need to arrange for another ride later.

Currently, there are many charter bus companies in Taiwan, such as Kuo-Kuang eBus, United Highway Bus (Ubus), Ho-Hsin eBus, Kamalan Bus, Hsinchu Bus, etc. It may be daunting at first for foreigners to determine which bus company best fits their need, but just remember that aside from Kuo-Kuang eBus, each bus company has specific cities in which they operate, so the easiest way to decide is to choose from the departure and arrival cities. In order to promote tourism and remedy the insufficiencies of the existing highway charter bus system, the Tourism Bureau of the Ministry of Transportation and Communications of Taiwan launched the Taiwan Tourist Shuttle bus service in 2010 to shuttle passengers to and from nearby major Taiwan Railway and HSR stations. As long as you time it right, you can almost always catch a ride, making it one of the most popular means of transportation for backpackers. 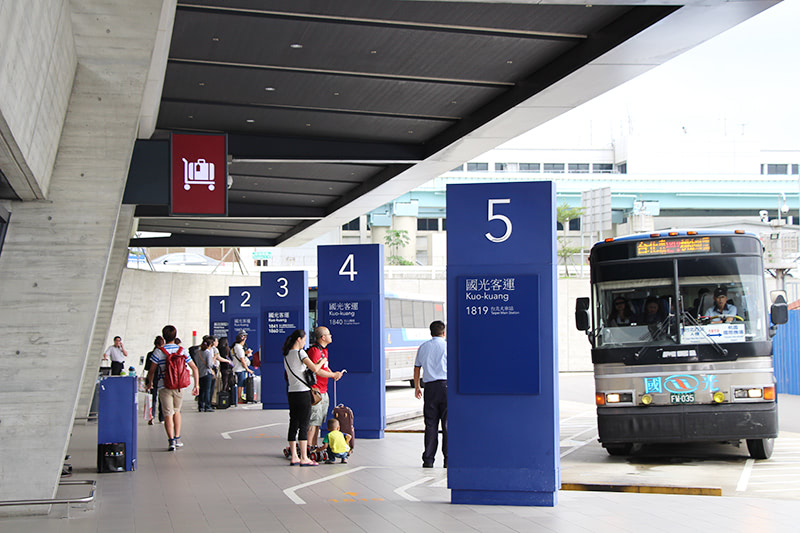 Bright and clean MRT cars have become the new standard for modern cities. There are currently five MRT systems in Taiwan: Taipei, Kaohsiung, Taoyuan, New Taipei and Taichung, listed in order of their establishment. If the MRT is your main mode of transportation, it is more cost-effective to purchase a monthly pass. In addition, to ensure the comfort of passengers and keep the MRT cars clean, no food or drink is allowed in the station or on the trains. The Taipei Mass Rapid Transit, branded as the Taipei Metro, was the first MRT to be established in Taiwan, and has since developed six different lines covering almost the entire Taipei metropolitan area, allowing many landmarks and popular attractions to be accessible by MRT. The furthest north you can travel by MRT is Danshui, the south is Xindian Bitan, the west to Xinzhuang or Tucheng, and the east to Nangang, where the first professional large-scale, double-story exhibition hall in Taiwan is located - the go-to venue for many major international exhibitions. With such a well-connected network and trains that almost are never delayed, the Taipei Metro definitely ranks as one of the top metro systems internationally.

The Kaohsiung MRT was officially opened in 2008, and currently has three main lines: the Red Line, the Orange Line, and the Circular Light Rail Line. It also connects the Zuoying Station in the north to the Kaohsiung International Airport in the south. Well-known stations include Formosa Boulevard, Weiwuying, Central Park, and Sizihwan. Formosa Boulevard station is renowned for its beautiful “Dome of Light” stained glass art display, the world’s largest public art installation made from pieces of colored glass. In addition to the 3 lines mentioned, the Kaohsiung MRT continues to propose plans to increase the number of lines and stations, moving towards the ideal of a 30-minute living circle in Greater Kaohsiung.The Taoyuan MRT is the third MRT system in operation, with network that covers three cities: Taipei City, New Taipei City and Taoyuan City. The Airport MRT is connected to the Taipei Metro, making it easy for inbound and outbound passengers to get to Taipei in about 30 minutes by direct train.The New Taipei and Taichung MRT systems were opened later. The New Taipei MRT is mainly operated by the 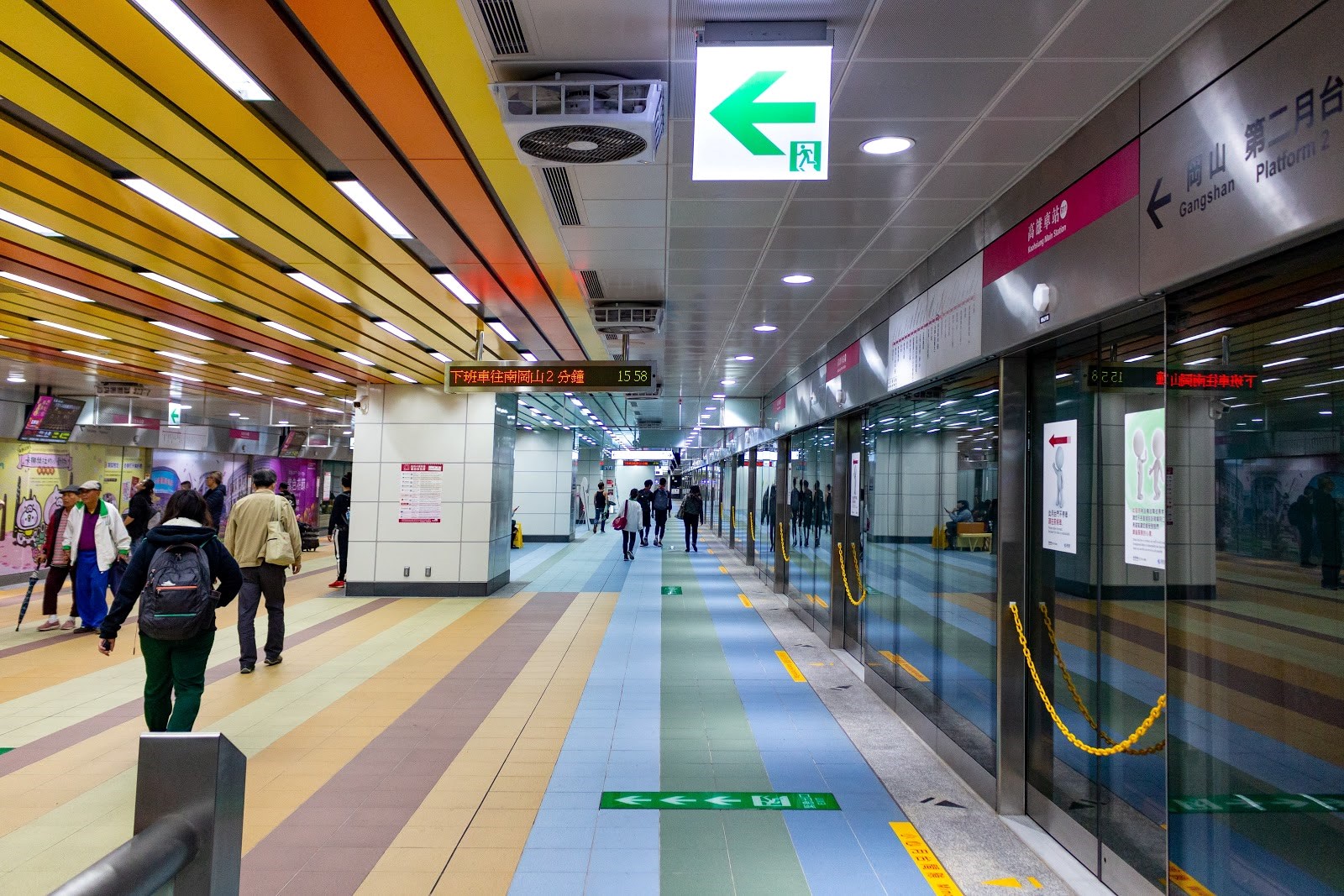 City buses are the most common yet indispensable means of public transportation in all cities. Many people choose city buses as their main means of transportation because of their frequency, convenience, and number of stops.

All counties and cities in Taiwan have a city bus system, with Taipei, Taichung, Tainan and Kaohsiung having the most developed and concentrated bus routes. In order to encourage the public to take the bus more often, each county and city offers special discount programs from time to time, such as Taichung’s Double 10 Bus Fare Scheme, and the Taipei Fun Pass, so you can travel the entire city without having to drive yourself.

Your EasyCard is accepted on the city bus so you don’t need to pay with change.

Public bicycles have frequently been seen as a way to solve the “last mile” problem, and connect users between public transit networks and their final destination. Since 2008, Taipei and other major cities have been promoting public bicycles and setting up more docking stations to conserve energy, reduce the city’s carbon footprint, and encourage a healthy lifestyle with exercise.

Due to the increase of cyclists, the city has gradually begun to change its traffic system to ensure cyclists’ safety and right-of-way. For example, Taipei City has reduced car lanes just to make room for more bike lanes. Currently, most of the major public bicycles in the country are manufactured by Giant, Taiwan’s number one bicycle brand. Some regions even entrust Giant to operate their bicycles. The design of the bike is very user-friendly, complete with wide seats and 3-speed gear shift. The ability to pay with an EasyCard (or other similar cards), makes it very convenient and highly praised. 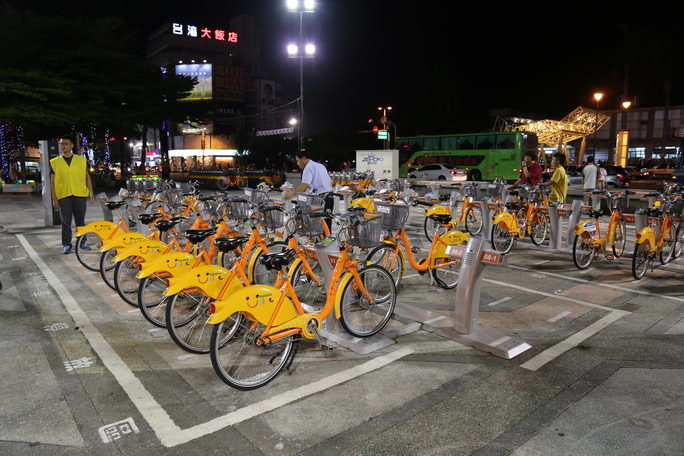 Taxis in Taiwan are mostly yellow in color, hence their nickname, “Xiao Huang”, which directly translates to Little Yellow. There are many ways to hail a taxi, such as phoning for one, using an app, or just stopping one on the street. In addition to the common taxi companies such as Taiwan Taxi and Metro Taxi, in recent years, technological innovation and advancements have led to the rise of new era taxis, such as Uber, Line Taxi, and Yoxi, diversifying the options for riders. Taxi companies will also offer special discount fares from time to time, and riders can pay by cash or credit, something that is convenient for both locals and foreigners. 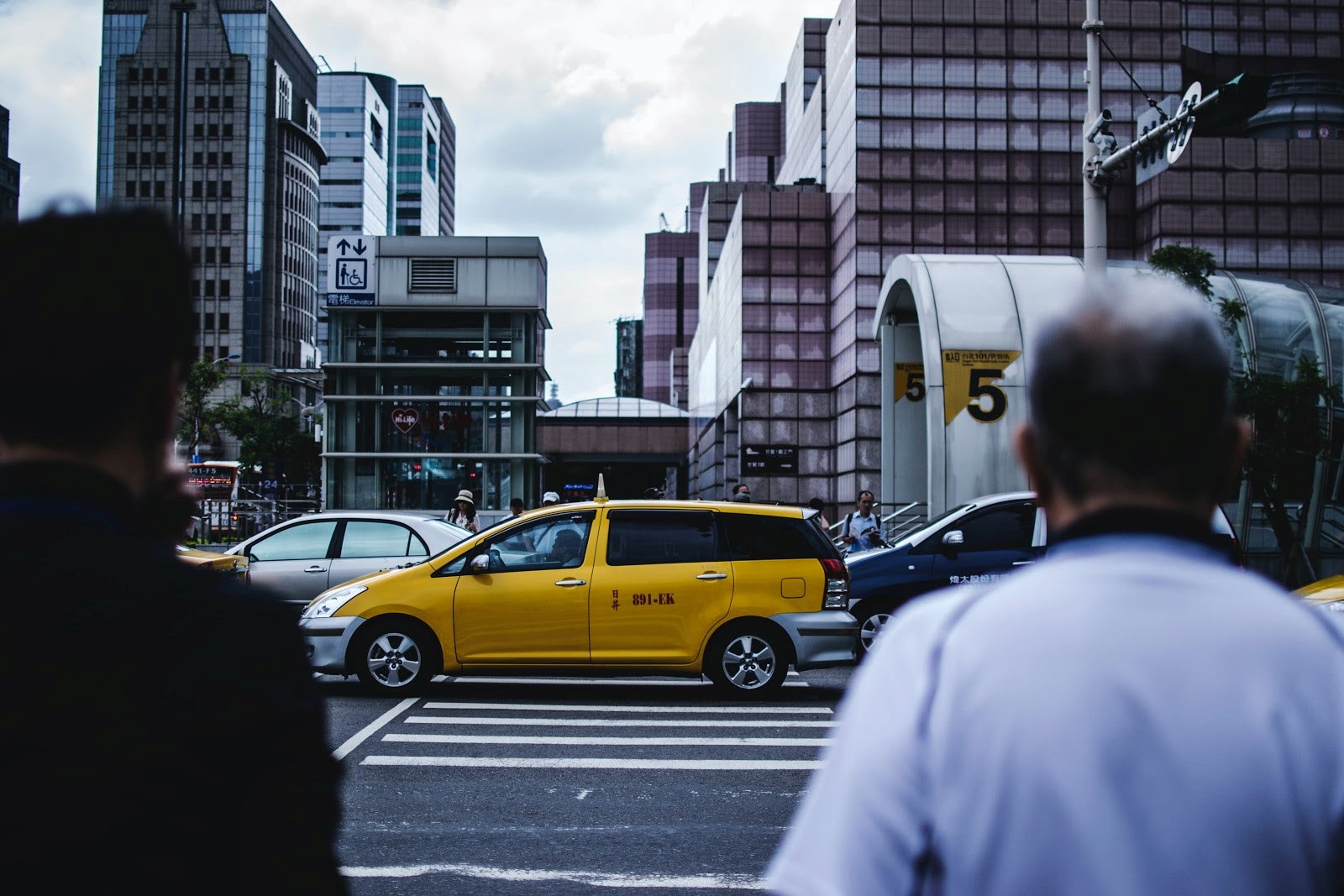