Wondering what common traditions and customs there are on this beautiful island? If you’re not familiar with Taiwan, keep reading as we introduce the top six traditional festivals in Taiwan and their respective customs. Before you know it, you will be an expert on Taiwanese culture!

Spring Festival is the most important festival and the longest national holiday in Taiwan, beginning on December 30th (New Year’s Eve) and ending on the fourth day of the first month of the lunar calendar. On the Western calendar, the dates fall around mid-January to mid-February. 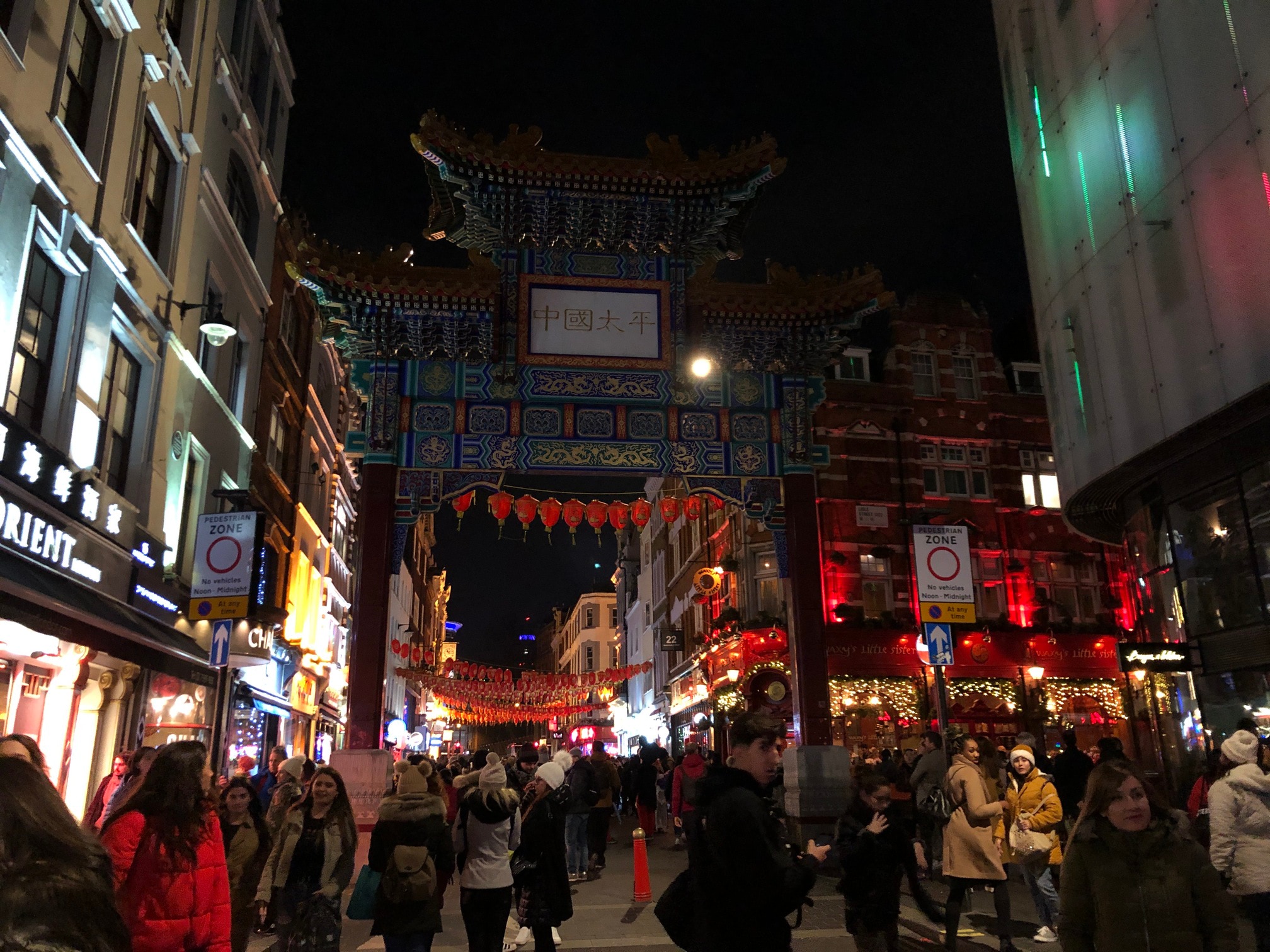 There are many traditional customs that must be observed during Spring Festival, and each custom has its own symbolic meaning. One custom that almost every family observes is setting off firecrackers to drive away Nian. According to ancient Chinese folklore, every New Year’s Eve, the beast, Nian, would come out of hiding and wreak havoc in the villages looking for food. The villagers knew that the beast feared the color red and loud noises, so everyone would put red lanterns and spring couplets on their doors and set off firecrackers to deter the beast and scare it away. 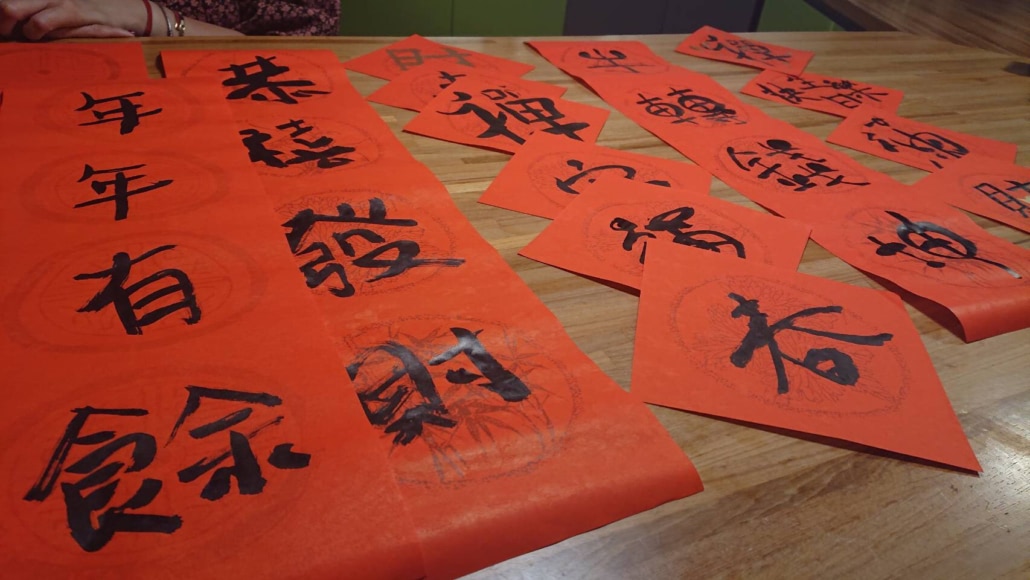 On New Year’s Eve, the entire family will clean the house together to welcome in the new year; as the saying goes, “Out with the old, in with the new!” After the cleaning is done, the family will put spring couplets on the door for good luck. At night, the entire family will gather and enjoy New Year’s Eve dinner. The most common dishes that must be eaten are: fish, special vegetables, dumplings, turnip cake, Buddha jumps over the wall, etc. Each dish is very elaborate and has a special meaning, for example, the Chinese pronunciation for the word “fish” sounds exactly like the word for “abundance”, thus, eating fish symbolizes that you will have a year of abundance. Traditionally, families must not finish the fish entirely, as some must be left for next year. Turnip cakes are also a very popular dish because the word “cake” sounds like the word for “high”, symbolizing good luck and a promotion. Lastly, dumplings are shaped like ancient Chinese currency (yuanbao), so eating them signifies attracting wealth and treasure. 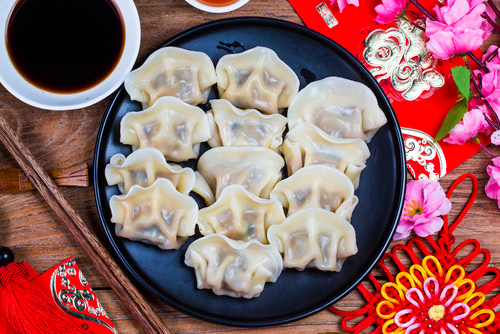 On the first day of the Lunar New Year, you must get up early to set off firecrackers, then pay your respects to your friends and relatives by visiting them at home. You are not allowed to sweep the floor or take out the trash because you risk sweeping away your good fortune. If you accidently break something, you must say suì suì píng ān, which means, may you have peace all year round.

The second day of the Lunar New Year is reserved for visiting the in-laws on the wife’s side of the family. Traditionally, when a woman is married, she must live with her husband and his family. On the second day, the husband accompanies his wife to her parents’ home for a family reunion, to visit friends and relatives, and to maintain relations.

Of all the customs that are observed during the Spring Festival, the most popular among both children and adults is the tradition of red envelopes; also known as New Year’s Money or directly translated, “money for suppressing age”. The pronunciation of the Chinese word “age” and the word for “evil spirits” are the same, therefore, receiving this money indicates suppressing evil spirits and bad luck. Nowadays, it has evolved into the delivery of blessings and good luck to anyone who receives a red envelope.

The Lantern Festival happens on the first full moon of the Lunar New Year. Traditional customs include carrying paper lanterns, solving riddles written on lanterns and eating tangyuan (glutinous rice balls stuffed with sweet paste made from red bean, sesame, or peanut butter). There are many different lantern festivals all over Taiwan, each with their own respective customs depending on the region and where you are located. 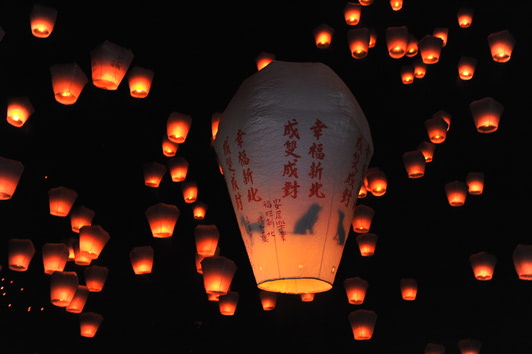 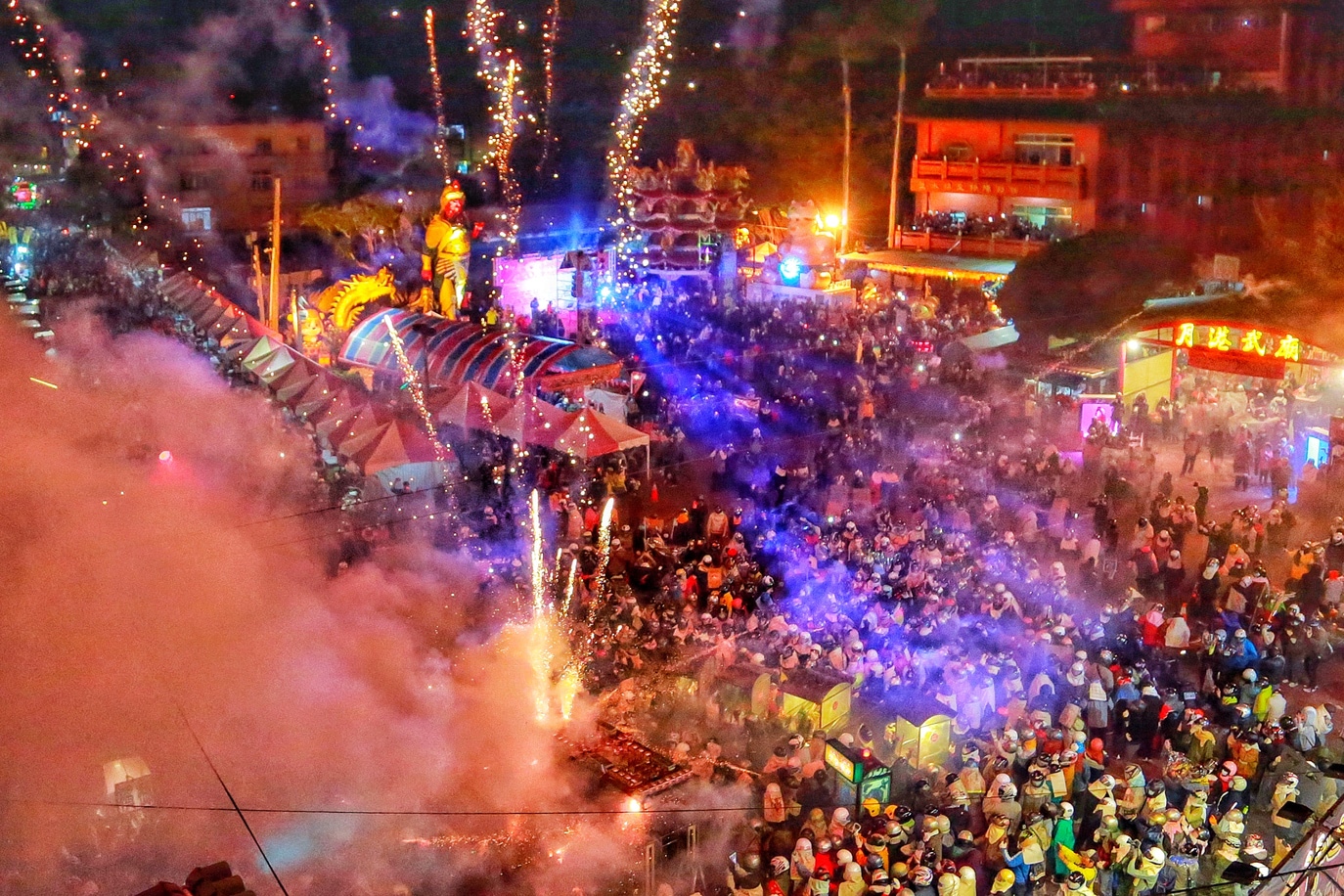 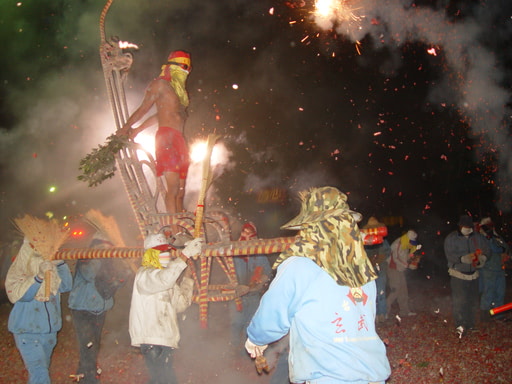 Qingming Festival is celebrated on April 5th or 6th of every year, and is one of the few festivals that roughly coincide with the Western calendar. As the festival is close to the Children’s Day holiday on April 4th, it is the second longest national holiday in Taiwan, causing many locals to take a continuous holiday of up to five days.

On this day, it is customary for Taiwanese families to pay respects and commemorate their ancestors by visiting and cleaning their gravesites. Some families also pray and make ritual offerings by placing traditional food dishes on their ancestor’s grave and burning joss sticks and joss paper to honor them. This festival is also a chance for families to reunite and bond with their living relatives. Some larger family clans even hold special ceremonies of worship for thousands of people on this festival; a magnificent spectacle to behold and portrays the spirit of filial piety and family unity. 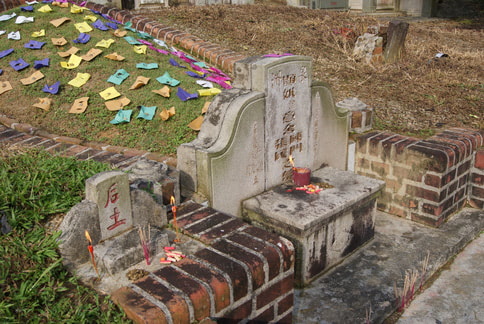 It is said that Dragon Boat Festival is held to commemorate the death of the poet and minister Qu Yuan of the ancient state of Chu during the Warring States period of the Zhou dynasty. According to legend, Qu Yuan opposed the emperor’s decision to ally with the state of Qin and was banished. While in exile, Qu Yuan fell into despair and eventually committed suicide by throwing himself into the river on the fifth day of the fifth month of the lunar calendar. After his death, the people built boats and raced out onto the river to retrieve his body. His body was never found, so the people dropped zongzi into the river in order to protect it from being eaten by fish and shrimp. 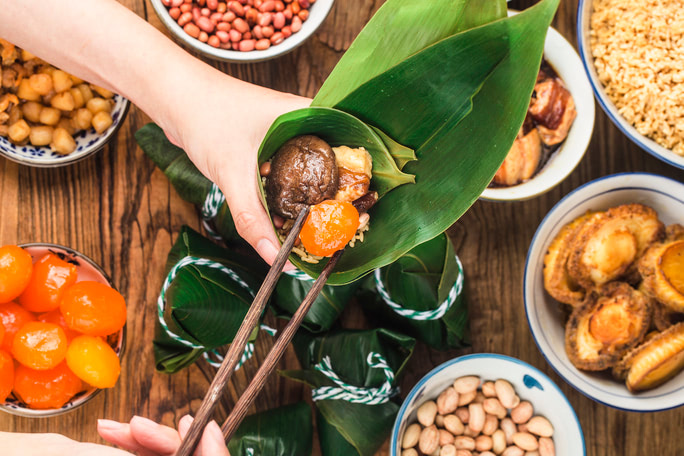 Nowadays, in celebration of Dragon Boat Festival, people will eat zongzi and race dragon boats to honor and commemorate the great Qu Yuan. Other customs also include: hanging mug wort and calamus to ward off evil spirits and cleanse the environment, balancing an egg for good luck, drinking realgar wine and wearing incense sachets to ward off evil and sickness. 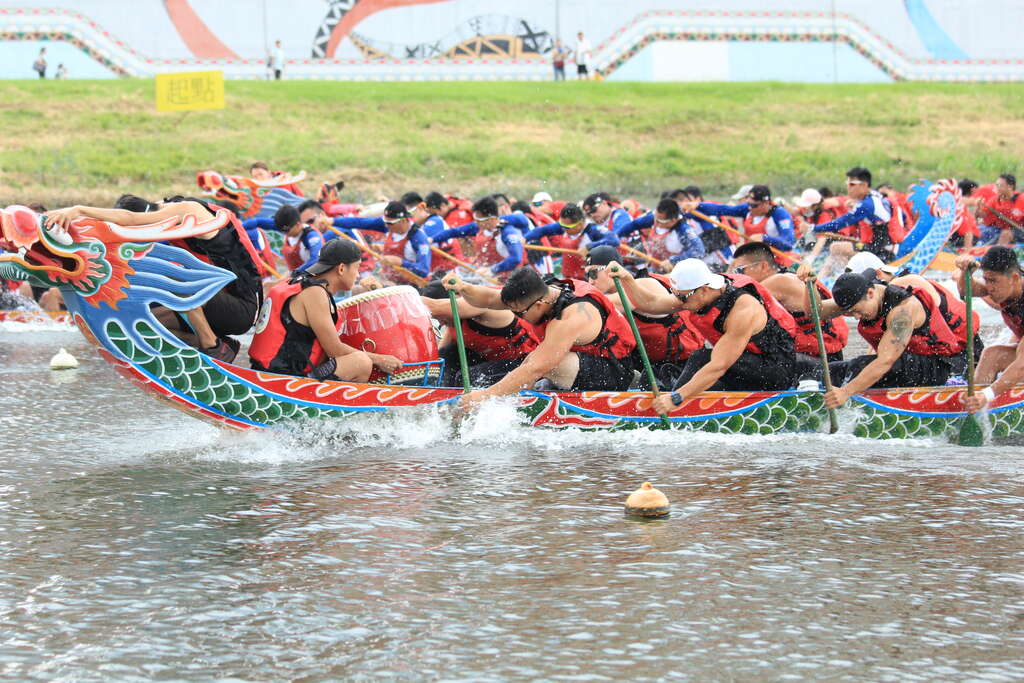 According to ancient Chinese legend, Niulang met Zhinü, the beautiful fairy daughter of the Jade Emperor on earth and immediately fell deeply in love with her. He knew that if he stole her clothes, Zhinü would not be able to return to heaven and must stay with him as his wife. When the Queen Mother discovered that they had been married, she was furious, and with her hairpin she drew a silver river that separated the two star-crossed lovers. However, the Queen Mother eventually took pity on the couple, allowing the magpies to build a bridge of magpies over the silver river for them to meet. Thus, once a year on the seventh day of the seventh month of the lunar calendar, Niulang and Zhinü can be reunited.

The custom of eating moon cakes on Mid-Autumn Festival is said to have begun in the end of Yuan Dynasty. At this time, the people were tormented by a cruel government, which prompted a nationwide rebellion. Zhu Yuanzhang, the leader of the rebellion, sought to organize an uprising by uniting the resistance groups. However, due to the oppressive presence of the government, it was extremely difficult to pass messages to the resistance. Thus, Zhu Yuanzhang ordered his subordinates to write “Uprising on August 15th” on little slips of paper, stuff them into mooncakes, and distribute them among the resistance forces. On the night of August 15th of the lunar calendar, the rebel armies united for the revolt, and after the success of the rebellion, Zhu Yuanzhang celebrated this victory by eating mooncakes with the soldiers and people.

Nowadays, many East Asian countries of celebrate Mid-Autumn Festival by eating mooncakes. In Taiwan, Mid-Autumn is also known as the Barbecue Festival, where in addition to eating moon cakes, barbecuing is also an essential activity. The custom of barbequing was started inadvertently by a barbecue sauce advertisement contest in the 1990s. Now, whenever Mid-Autumn arrives, the streets of Taiwan are filled with the delicious aroma of barbeque and of families eating mooncakes together while admiring the full moon. 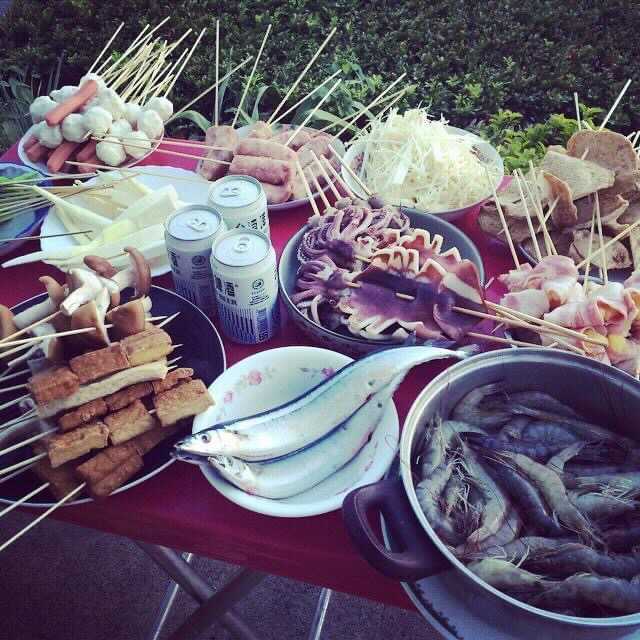